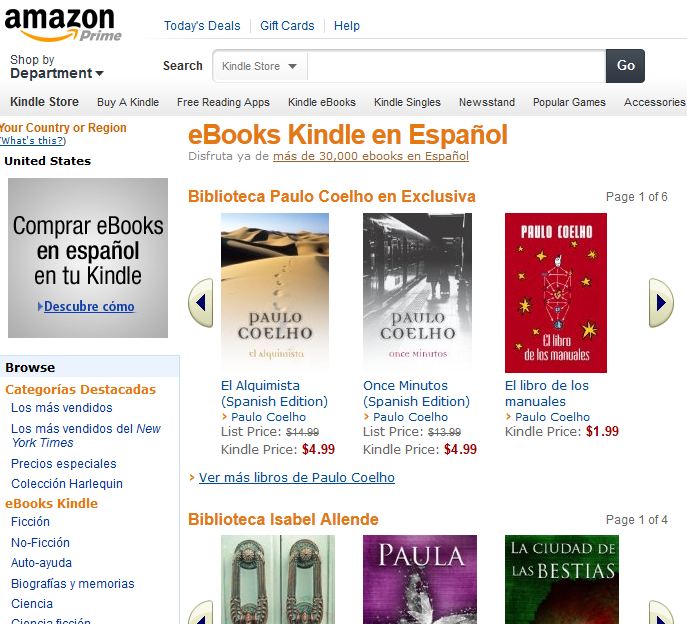 It was only a short time ago that Amazon introduced a French-language Kindle e-book store. Now the company has introduced a section to cover books in Spanish. The section has over 30k e-books including 65 of the top 1000 Spanish-language print bestsellers on Amazon.com. A good number of Latin American newspapers have been included too.

What’s neat about this is the fact that you won’t need a Spanish-language Kindle device to read these e-books. Spanish e-books can be read on the latest Kindles.  At least that’s what it sounds like from the press release that Amazon sent out about this.

We’re excited to introduce Spanish language storefronts on all Kindles, as well as a dedicated store for our Spanish-speaking customers in the U.S. … We expect our Spanish-speaking customers to enjoy both the newly-added books in Spanish, and the improved shopping and reading experience-including dedicated customer service in Spanish-that we’ve added to eBooks Kindle en Español.

Amazon plans to enter other markets in the near future. It is by means done in the international e-book markets.