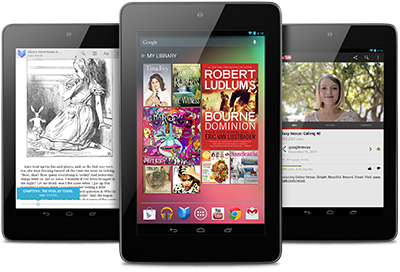 Tablet prices have been dropping thanks the aggressive pricing strategies used by the companies such as Amazon, B&N, and Google. Google’s Nexus 7 tablet is one of the best 7 inch tablets around and goes for as low as $199. Could Google offer an even more affordable Nexus 7? That’s what Digitimes is suggesting.

The Nexus 7 came to be out of a partnership between Google and ASUS. The device has a lot going for it even though it is quite affordable. But if Google gets its way, we could see $99 Nexus tablets by the end of the year. That is going to be a disaster for other players competing in this space though. Let’s face it. A $99 Nexus 7 won’t be an iPad killer but it will give Google an even better chance to increase Android’s market share in the tablet PC market.

Google may be willing to take a loss to push Android harder. But the $99 Nexus tablet will surely not offer the same hardware features as the $199 version. Digitimes suggests both models could hit the market by the end of 2012. Of course, these guys are in the rumor business. There is nothing set in stone in this industry. But cheaper tablets are on the way. Will Amazon and B&N follow suit? We will have to wait and see.