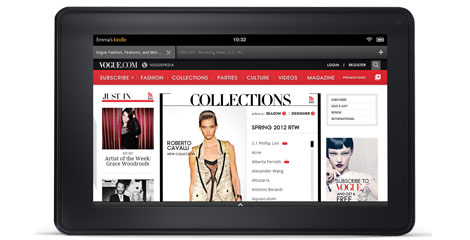 Amazon has proven in the past few years that it is capable of bringing new products to the market and making them a hit. Amazon Kindle has been the king of e-reader market for a few years already. The company will now be getting in the tablet business with Kindle Fire. Kindle Fire is not an iPad killer and does not intend to be. It is a highly affordable media tablet that will give Amazon the chance to sell even more content.

We have known for quite some time that Amazon is interested in introducing more products beyond its e-reader. Now that the company is getting in the tablet business, could the smartphone market be its next target? That sounds like a fair suggestion from CNET’s David Carnoy considering that Amazon has thought about that project in the past:

Lab 126 briefly discussed entering the mobile phone market to compete with Apple and Google, but the project “seemed out of Amazon’s reach.” But the person said Amazon had not definitively rejected the idea of building a phone in the future.

Amazon has been linked with the purchase of HP’s WebOS for the past few weeks. Considering that it already has a popular Android AppStore, investing in WebOS does not see like a brilliant idea (unless it is to protect Amazon from Android lawsuits). Bringing tablets to the market is much easier than smartphones. One could argue that developing smartphones is not among Amazon’s core competencies. But if it achieves a lot of success with Kindle Fire and Kindle Fire 2, Amazon may very well consider getting in the smartphone business.

Being a top player in that market will be much more challenging though. The tablet market provided Amazon with the opening in needed to become a top player. It is not clear that opportunity will present itself in other markets. At this point, we can’t foresee Amazon getting in the smartphone business soon. But things can always change.

Would you like Amazon to release a Kindle Phone?