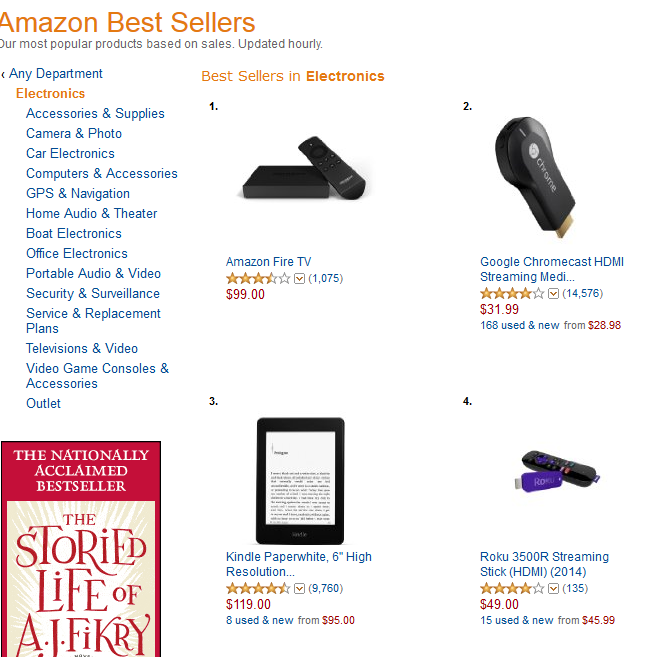 It was inevitable. With all the push Amazon has been putting behind the Fire TV, it was going to become the #1 best seller eventually. The Fire TV has now surpassed Chromecast, Kindle, Roku, and Apple TV on Amazon. How did that happen? Amazon is probably using data over a very short period of time to curate these lists. As we have mentioned here, the Fire TV is not without its flaws. We simply could not get its wireless to work as well as Roku and Apple TV. Chromecast still remains very popular among geeks. Apple TV will always have its own fans. Let’s not forget that the Roku stick is one brilliant device that does offer support for Amazon videos. Amazon should still sell a significant number of Fire TV boxes though.