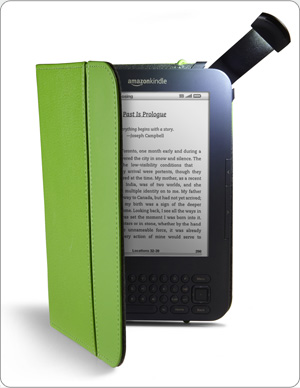 Amazon did excite its Kindle fans by offering Kindle 2 for only $89 for Black Friday. Unfortunately, the deal was limited in quantity. That means a lot of Amazon customers failed to get their hands on these Kindles. Many Kindle fans showed up early and only a few got the deal. That always leads to some angry customers. We have received plenty of angry e-mails and comments on our site. Amazon’s forums are filled with them as well. Here is what one customer had to say:

I clicked add to cart AS SOON as it hit time, and after NINE MINUTES of checking status, I am on the wait list, Sold out.

Others were so disappointed they talked about going for Kindle competitors:

At least you got on the wait list. I hit the cart as soon as it hit the time & I didn’t even get on the waiting list. I think I’m just going to get an IPAD. At least the IPAD has the nook app too so I won’t be stuck with just amazon books. Plus my 6 month old daughter loves playing with Grandmom’s IPAD…

Some weren’t even able to get on the wait list:

What a joke couldn’t even get on the waitlist after waiting 5 minutes for deal to load. I wonder how many they had to sell in the first place

This was always going to be a difficult deal to get. Amazon has millions of customers. When they all go for a deal, a lot of them lose. Amazon servers have crashed after these types of deals in the past. Amazon is making it up to its fans (sort of) with a contest it is holding for 3o days:

Happy Holidays! We are feeling the holiday gifting spirit and are giving away one FREE $100 Amazon Kindle Gift Card EACH DAY from 11/26/2010 through 12/25/2010. All Kindle fans on Facebook, who are at least 18 years of age and U.S. residents, are eligible. These $100 gift cards are redeemable for Kindle books, accessories, and millions of items on Amazon.com. Visit http://www.facebook.com/kindle?v=app_172341942779663 to become a fan and enter now.

This contest is not related to the whole Kindle/Black-Friday debacle. At the same time, it could lessen the pain for those who failed to get their hands on cheap Kindles. It is not clear how many Kindle 2 units Amazon sold on Black Friday. We do not expect to get those numbers considering that Amazon never discloses numbers.