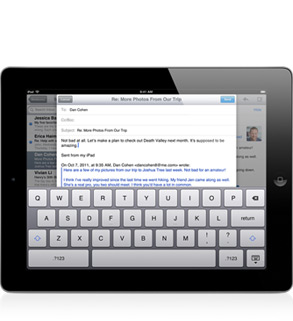 Apple has gone out of its way to claim that the Kindle Fire and iPad are two different devices for two very different audiences. That does not mean the company is not interested in taking some marketshare away from Amazon in the tablet PC market. Amazon has managed to gain traction with the Kindle Fire with a highly aggressive pricing strategy. Apple may not be willing to go in that route but it is expected to release a budget iPad 2 with 8 GB memory next week.

The iPad 3 is going to be Apple’s premium offering for tablet fans. It will have a retina display, 8 GB camera, and more RAM. A better processor will be included in it too. But the iPad 2 will still remain a pretty decent tablet even after the March 7th event. So why not offer the old technology for a cheaper price to compete with low-end tablet options out there?

Apple has done this move with its iPhone product line in the past. In order for Apple to really go after Amazon, it will need to be more aggressive when pricing the new iPad 2 model. The iPad 2 (8 GB) will most likely go for $399 but it could do more damage if offered for $349 or less. This remains a rumor at this point. But Apple has surprised us in the past.

What’s your take? Would you be interested in picking up this cheaper iPad 2 model? How much would you be willing to pay for that?